The Top Life Insurance Companies of 2012

The Insurance Commission recently released the top Life Insurance Companies according to Total Premium Income as of December 31, 2012. There were a lot changes in the rankings from 2011, particularly in the top 5 rank.

Canadian insurer Sun Life Retains it’s number 1 position, a position it held since last year when they wrestled it from American insurance giant Philam Life. What is interesting to note is not only did they retain their ranking, the gap between the first and the second ranked company widened by a huge margin. In 2011, Sun Life surpassed Philam Life by a mere 300 Million by year end. By contrast, Sun Life’s difference from the runner-up in 2012 was a whopping 5 Billion Pesos with an astounding 44% growth from their 2011 numbers. It seems that Sun Life has been very productive and their various initiatives was bearing fruit, obviously — something her competitors are really seriously looking at for sure.

Coming in at 2nd place is the U.K. insurer Pru Life who had an astonishing growth and a jump of 2 notches from 4th in 2011 to 2nd in 2012. Last year was definitely a banner year for Pru Life who I noticed have been very active in its recruitment of more agents, among other initiatives. Moving 2 notches in the top 5 rank is no easy feat but Prulife of UK goes ahead of Philam Life who slips from number 2 in 2011 to number 3 in 2012. Prulife UK registered a huge growth of 57% from its previous year’s numbers which was enough to overtake Philam, albeit by a narrow margin of about 300 Million Pesos. Philam Life registered a growth of 13% from its 2011 premium base.

French insurer and one of the country’s pioneer in Bancassurance, Philippine AXA slips from it’s 2011 rank of number 3 to the 4th largest insurer by 2012 with a very respectable 23% growth in premiums from 2011 to 2012. Coming at the 5th place is BPI-Philam, the Bancassurance partnership between BPI and Philamlife who overtakes Insular Life who lands at the 6th spot. BPI Philam registered an incredible 78% growth from its 2011 numbers and was 800 Million Pesos away from Philippine AXA’s 4th rank. Insular Life delivered good numbers in 2012 with a growth of 23% from its previous year’s premium base.

Canadian insurer and the 2nd oldest life insurer in the Philippines Manulife and the Bancassarance organization Sun Life Grepa retains its 2011 rankings at 7th and 8th respectively. Both organizations also registered good growth in 2012.

Manulife Chinabank and PNB Life, both Bancassurance dominated organizations are in the top 10 ranks at number 9 and 10 respectively, also registering good growth numbers.

Cocolife and Generali Philippines slips out of the top 10 rankings by the end of 2012.

2) 5 out of the top 10 insurers are predominantly Bancassurance Organizations.

Congratulations to all the Life Insurance companies. My prayer is that more and more Filipinos understand the benefits of life insurance and be protected from life’s uncertainties.

52 thoughts on “The Top Life Insurance Companies of 2012” 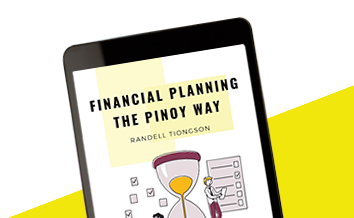